What are BillionGraves Veteran Burial Records?

What genealogical data can I learn from Veteran Burial Records?

All Veteran headstones and markers must include:

The Veteran headstones and markers may also include:

These records are especially helpful for identifying death dates since most military headstones prior to 1920 do not have dates on them.

Spouses and dependents only receive government-furnished headstones or markers if they are buried in a national cemetery, state Veteran's cemetery, a military post, or a military base cemetery.

What years does it cover?

The first group of national cemeteries were established in 1862, though some interments had occurred prior to the cemetery being designated as such.

Veteran Burial Records for Veterans buried in private cemeteries was collected for the purpose of furnishing government grave markers. They do not include information for burials prior to 1997.

Prior to the American Civil War, military burial sites were unmarked or marked with wooden headstones that usually deteriorated within about five years. 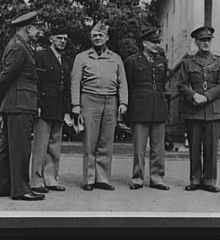